Who's going to try to run through the gauntlet of Hacker Herren??? 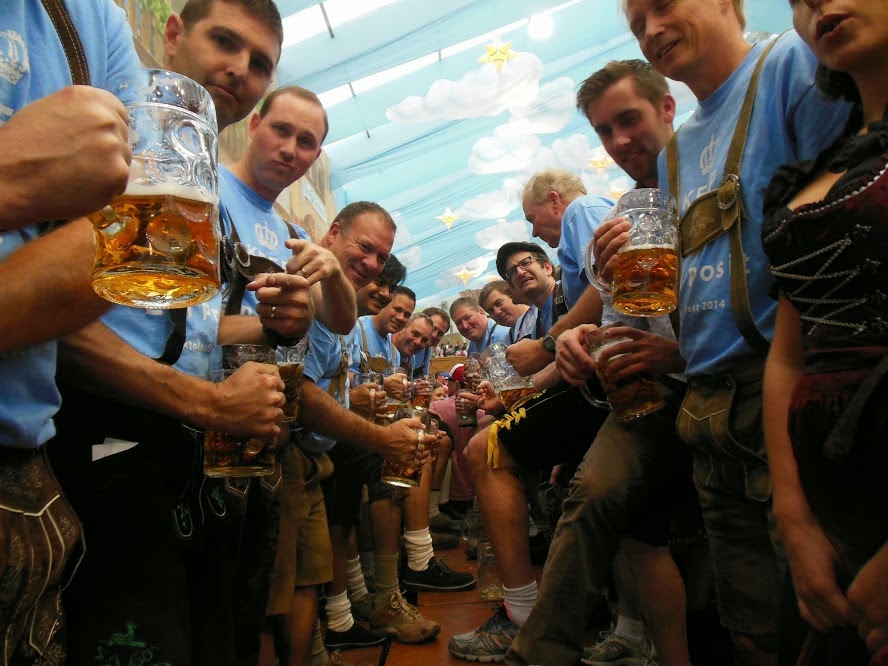 Our annual party is set for Ruby Hill Winery on Jan 29 from 6:30-10:00.  Lots of good hendl, bier, pretzels, and snacks will be served along with lots of laughs and good times.  If you want to attend, RSVP via the evite that you should have already received or give me an email.  All are welcome. Bring your friends.  This will be the FIRST AND POSSIBLY ONLY opportunity to reserve your spot for Oktoberfest 2015.  It will sell out very quickly as usual. 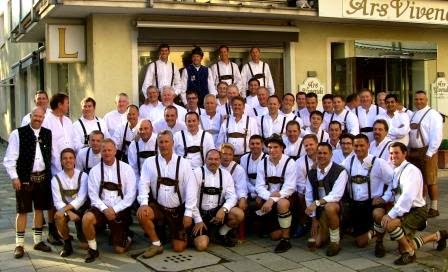 In Classic Hacker Herren Style, Doid and his wife welcomed ROY 2032 into this world during the Wiesn.  Billable and his wife Sandy are proud grandparents (their 5th).

Doid and Billable both paid for 2014. Doid backed out about 6 months ago when he did the math... Billable was hoping the baby was going to be on time (a week prior to Ofest) so he didn't cancel until the day he was supposed to fly to Munich.

Nonetheless, Billable and Doid celebrated Ofest in the hospital with a couple masses and their lederhosen.  We can congratulate both of them in person during Ofest 2015.  Doid told me to keep his money from 2014 and apply it to 2015.

Prost to the new member of the Hacker Herren, Luke Knott. 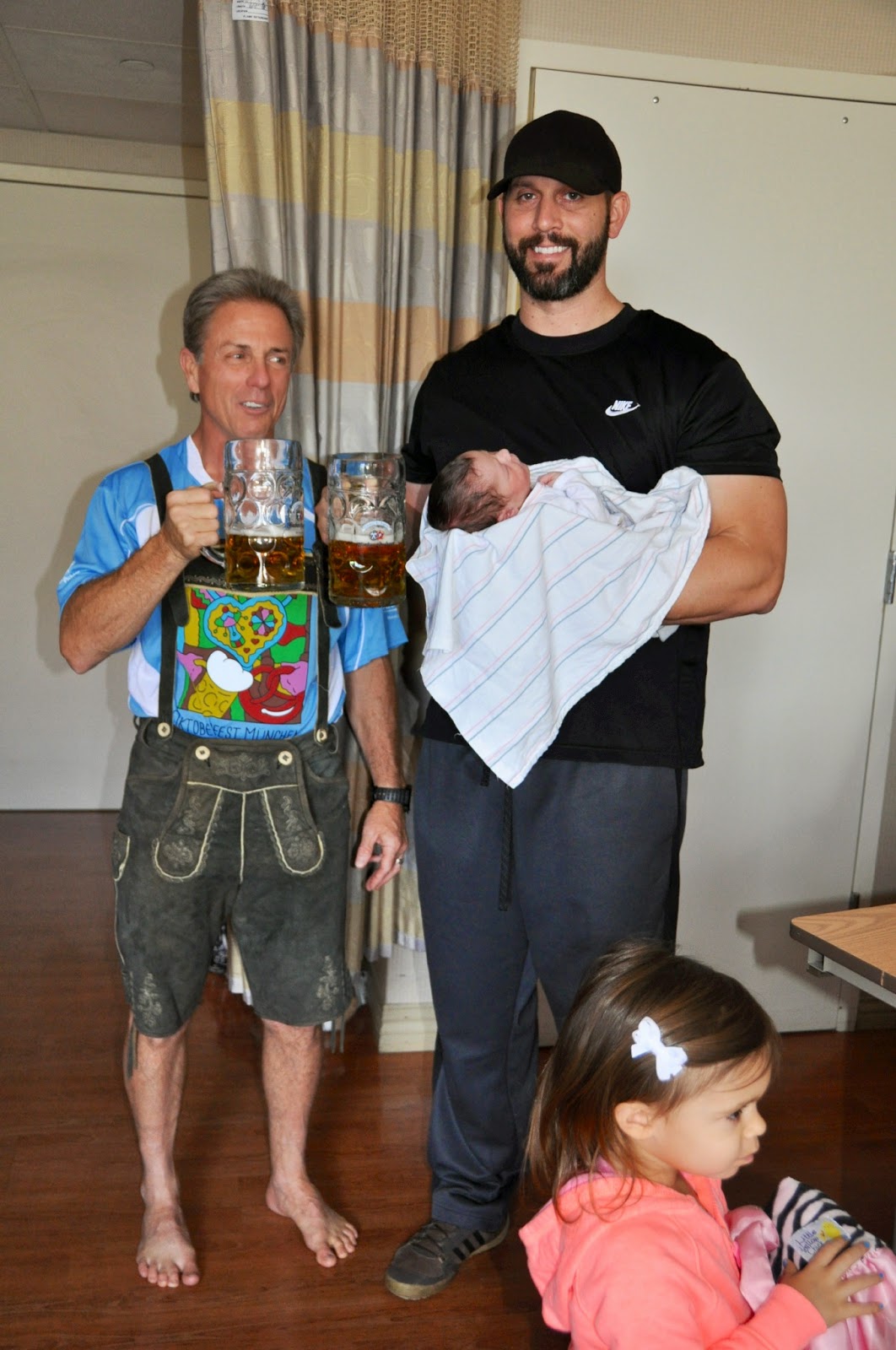 This must be enjoyed
Posted by ken at 9:32 AM No comments:

Chive On, Taylor Steinbeck is 2014 Rookie of the Year 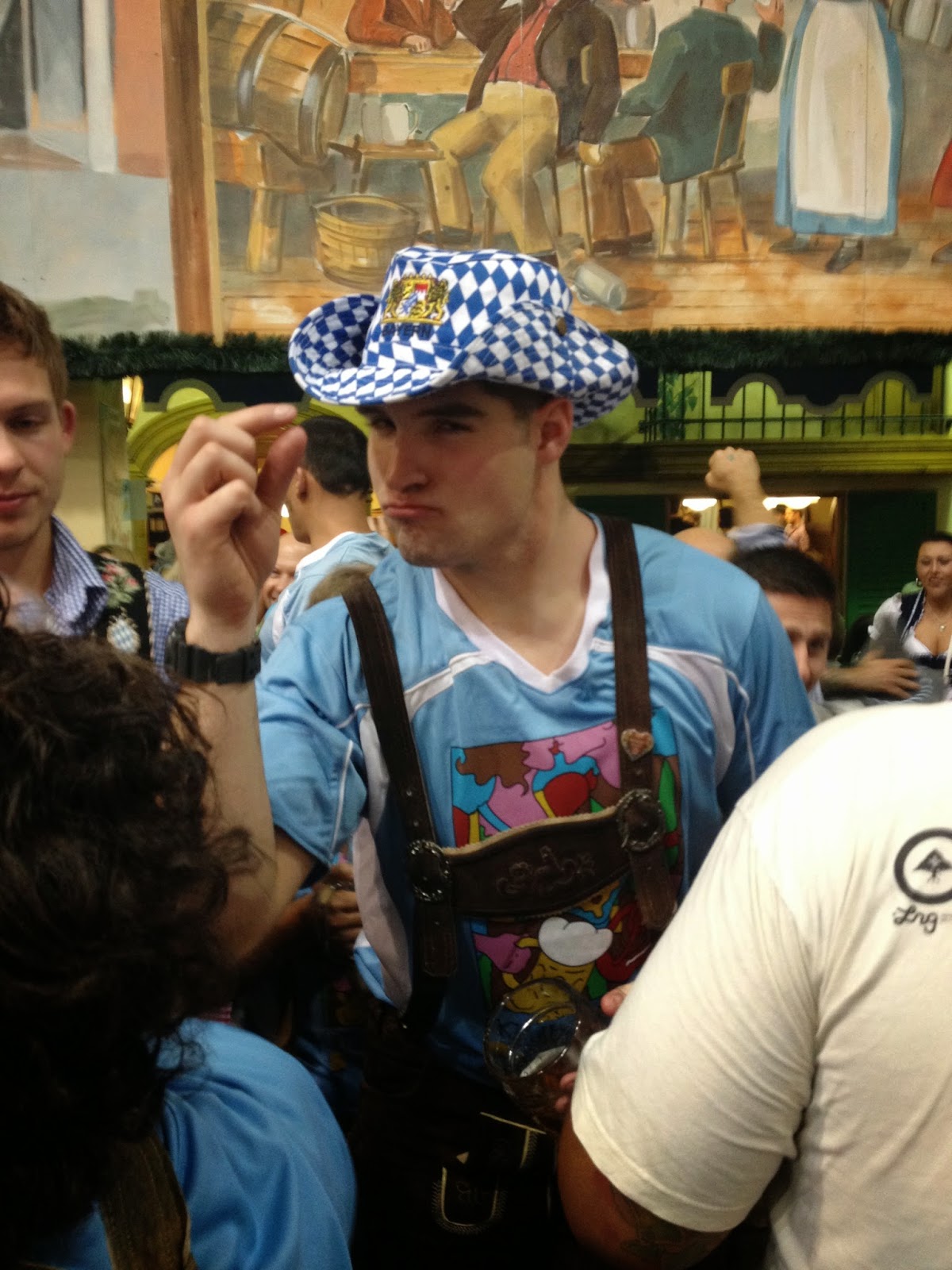 Taylor Steinbeck brings the ROY 14 award back to the 909!  His father was the original ROY for the Hacker Herren.  Taylor made his old man proud by bring the prestigious hat home with him.  He fell in love at least 3x/day (and broke lots of Frauleins' hearts), enjoyed the great Hacker Pschorr beer, and mingled with all of the guys throughout the weekend.   He was up early each day, at the tent at opening and stayed until the closing.  He lived the Oktoberfest Spirit for all three days. Congrats Taylor Steinbeck, ROY 14.

This costs the beer in the large tents