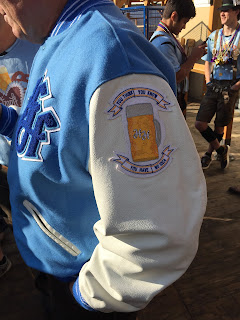 Seven has been enjoying Oktoberfest since his first day entering the Hacker Festzelt in 2007 when he won the ROY07 award.  He then took on the nickname of Seven since he was so proud of his reign.  Seven continues to embrace the "gemutlichkeit" on a daily basis and has that huge smile for everyone.  Inside the tent, you don't have to look far to see Seven (aka VI) stomping on tables, taking his shirt off, and sharing his smile with everyone.  Congratulations, Steve Venema on earning the HAM award as Veteran of the Year 2017. 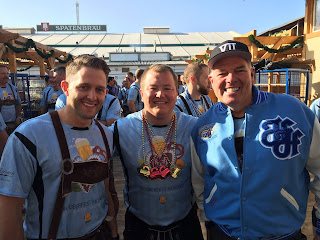