Fesh is Stalking the Voice of the Sharks...

To my question about whether a restraining order is effective in Germany, Scoop-our Rookie legal counsel for the trip chimes in with the following:

Finally a question that relates to me!

For those unaware, Leppie and Hasselhoff have drafted me to be an Ofest Rookie. Due to past events, they believed it was best for all involved if an attorney was a team member. Hence, I was included in this year’s event

I want to assure all team members that I will do my best at all times to handle any legal matters that may come up during our 3 days of drunken debauchery. Fees for any such services are included in your event package. As the old adage goes, “You get what you pay for!”

In response to Herr Hasselhoff’s inquiry, yes, restraining orders work in Germany . They have several uses, similar to those in the States. First, they are made of paper and can be used to help clean up any rookie (or veteran) “mistakes”. If a rookie were to piss on himself, the restraining order could help clean up the mess. If one were to be caught without toilet paper at an urgent time, the restraining could come in handy. It could be used to fan and help revive an unconscious teammate. One could imagine waiving it in the face of the local constabulary claiming it provides diplomatic immunity to the entire team in a time of distress. It could be used to threaten any squatters attempting to steal seats reserved for team members in the tent. Basically, the uses of the restraining order are only limited by our imaginations.

I look forward to meeting you all and sharing even more of my vast legal knowledge. 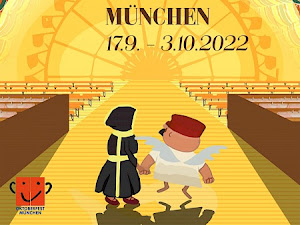